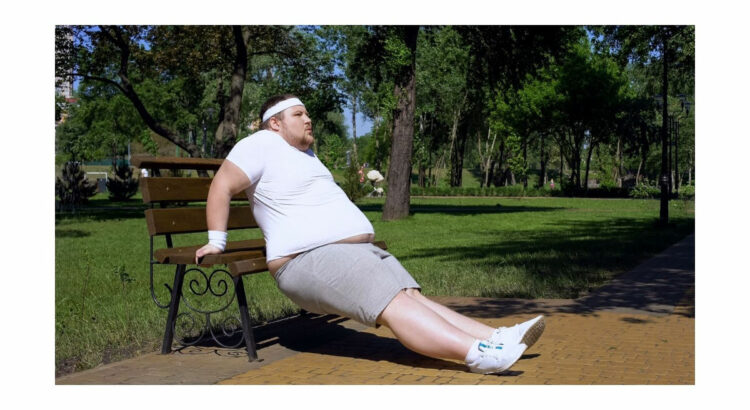 Overweight and obesity are risk factors for many health problems such as cardiovascular diseases, type 2 diabetes, high blood pressure, joint conditions, gallstones, and certain types of cancer, among other issues.
Hereafter, we’ll discuss how obesity affects the health of the prostate, namely benign prostate enlargement and prostate cancer (PC). The aim is to educate and attract the attention of men to the adverse consequences that may have obesity on the male reproductive system in general and prostate health in particular.

Five years ago, an official forecast for PC was that one man in 9 would be diagnosed with prostate cancer during his lifetime. Now, it is one man in 8 already.

Don’t allow yourself to be a part of these horrible statistics.

How does obesity work?

Currently, over 30% of American men are obese based on a body mass index (BMI) of >30, about two decades past, this figure was two times less.
Usually, you have an excessive body mass, not because of muscles but fat. Fat, or adipose tissue, consists mostly of lipid-rich cells, which are the body’s energy storage. It has been shown both in humans and animals that adipose tissue is a site where the high activity of enzyme aromatase is observed. Aromatase converts testosterone (T), a male hormone produced in the testicles that makes you masculine, into estrogen, or the most common form of estrogen estradiol (E2). Although E2 is a female sex hormone, it plays a crucial role in multiple functions, including reproductive, in men’s bodies. And it works perfectly as long as you do not gain extra weight. Obese men have more aromatase activity than normal, and more T irreversibly converts into E2, disrupting their balance. Males with increasing obesity have twofold higher estrogen levels in both systemic circulation and locally in the prostate. And of course, these hormonal changes make a man more feminine, affecting his body shape, sexual sphere, and even social behavior and significantly influencing prostate health.

How do measure obesity?

The amount of adipose tissue is connected to the acute and chronic inflammation levels. (Fox C.S. et al. 2007), There are two types of fat:

Studies show that visceral fat contributes to inflammation in the body (Villaret A. et al., 2010).

Since BMI counts not only the amount of fat but the weight of muscles, it can often not be used as a reliable criterion reflecting the real obesity rate. An alternative waist circumference (WC) in determining visceral adiposity or central obesity has been proposed and successfully used in many studies. To correctly measure WC, place a tape measure around your torso, just in the middle between the last ribs and hipbones. Keep the tape not compressing the skin, and measure your waist just after you breathe out. Central obesity can be diagnosed if WC is larger than 90 cm (40 in) in men and 80 cm (35 in) in women.

How does obesity affect BPH?

The results of all studies agree on one thing: obese men have a higher risk for benign prostatic hyperplasia (BPH) and worsened urinary symptoms. (Giovannucci E. et al. 1994; Lee S. et al. 2006; Wang H.H. et al. 2011). The greater the size of WC, the larger the volume of the prostate and the higher the values of prostate-specific antigen and International Prostate Symptom Score. All this shows the worsened lower urinary tract symptoms in obese men. (Lee R.K. et al. 2012).

Several mechanisms may help to link obesity and BPH. They all work together, contributing to the worsening of the BPH symptoms independently of each other.

How does obesity affect prostate cancer?

The results of all studies, with rare exceptions, show that obesity is a risk factor for the development of PC and especially high-grade disease.

See also  How to increase testosterone naturally? Use your mind and good sleep!

The conclusions of the Korean study (Park J. 2014) sound the same as multiple other studies worldwide: “Obese men were younger, had a larger prostate. Obesity was associated with a higher risk of prostate cancer detection as an independent factor, including high-grade prostate cancer.”

The exact mechanisms of how obesity affects the development of prostate cancer have not been elucidated. However, based on the available data, scientists suggest that several possible mechanisms are involved, including:

Obesity is known to promote insulin resistance. As a result, the level of insulin rises to maintain blood sugar control. Increased insulin upregulates aromatase activity and further increases serum estrogen levels. On the other hand, hyperinsulinemia also suppresses the synthesis of sex-hormone-binding globulin in the liver, which further increases the level of free or bioavailable estrogens in the blood. The increased estrogen/testosterone ratio has been linked with PC initiation and progression. (Di Zazzo E. et al. 2018).

If you are of middle age and noticed the first symptoms of low testosterone and accumulation of extra abdominal fat, it means that the lifestyle you are so used to is starting to work against you. Do not try to remedy the situation with medications, stimulants, or even dietary supplements. All of these can be deceiving, but will ultimately make your health worse. Stop, take a breath and calmly analyze what you can change in your life to avoid unpleasant health surprises in the future. It’s time to take measures until it’s not too late. What kind of measures?