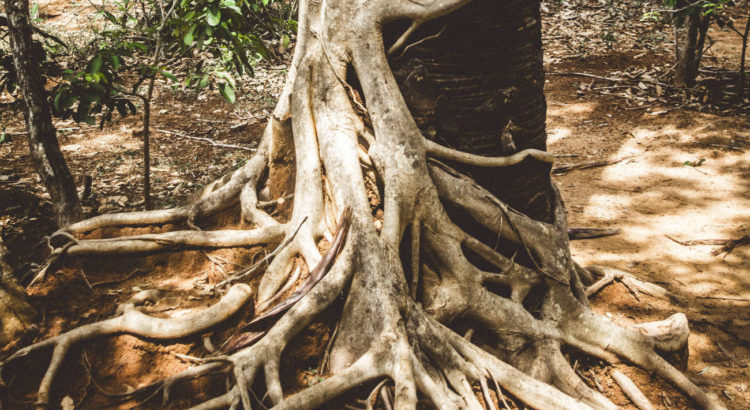 Here, I will guide you step by step on how I envision the causal relationship between the events taking place in our body and resulting in prostate cancer. At the end of the post, you will have a holistic picture of how prostate cancer arises and the importance of diet and a healthy lifestyle in preventing prostate cancer.

The prostate is a walnut-sized exocrine gland of males, contacting the bladder carrying liquid wastes from one side and the colorectum carrying fecal wastes from another side. This unfavorable proximity of the prostate to the potential sources of irritants and genotoxins plus prostate enlargement caused by varicocele determine its fragility and vulnerability.

Most prostate cancers are adenocarcinomas; they originate from the mutation in the semen-producing prostate gland cells. Some prostate cancers can expand fast, but most grow slowly. Studies of males who died from irrelative causes have found prostate cancer in 30% to 70% of those over age 60. In many cases, neither they nor their doctors even knew they had it.

See also  The Larger Your Prostate, the Less Your Chance of Getting Prostate Cancer

The structure of the prostate: prostate cancer arising sites.

At the functional level prostate gland consists of the glandular part (~66%) responsible for its secretory capacity and a fibromuscular portion (~33%) helping semen discharge during ejaculation.
Structurally prostate can be divided into four zones:

So, is it only by chance that 80% of prostate cancer cases are found in the PERIPHERAL ZONE, the closest site to the RECTUM?
Let’s examine if there is any connection between prostate cancer with colorectal conditions.

In 2010 researchers at the Buffalo University first reported that men with prostate cancer are at increased risk of developing colon cancer. They analyzed the colonoscopy results of 188 patients diagnosed with prostate cancer and compared them with the control patients. Prostate cancer patients had 48% adenomas and 15.4% advanced adenomas, whereas in control – only 30.8% and 10%, respectively.

As a reported study from Northwestern Medicine, the risk of being diagnosed with prostate cancer is four to five times higher for men with inflammatory bowel disease (IBD). In this study, 1,033 men with IBD and a control group of 9,306 men without the disease were followed up for 18 years.

Inflammatory bowel disease (IBD) is a group of inflammatory conditions of the colon and small intestine. Crohn’s disease and ulcerative colitis are the principal types of inflammatory bowel disease. Crohn’s disease affects the small intestine and large intestine, as well as the mouth, esophagus, stomach and the anus, whereas ulcerative colitis primarily affects the colon and the rectum.

Do not all this evidence-based data demonstrate that your bowel and prostate are connected and affect each other? They are not only related but also operate as two communicating vessels.
Let’s check how they are connected.

How does your prostate is connected to your rectum?

So now we know that eating or drinking something toxic will affect your prostate, but if the toxins are carcinogens, they may cause tumor growth in your prostate.

How does your diet increase the risk of prostate cancer?

I hold the point of view that any food is beneficial to your health if it is consumed in moderation. Of course, if your metabolism is not working correctly and you have a disease in your body, it is advisable to stick to a special diet and avoid some specific foods.

As I mentioned earlier, even if we consume pesticide-free, fresh food cooked in the most gentle way, we still have a chance to increase the odds of prostate cancer due to the abnormal metabolism of our gut flora. Here, I’ll repeat the fragment of the previous post about how your gut microbiota may increase the risk of prostate cancer.

Bacteria live in the gut system of any animal species, from insects to humans. If only a few bacteria species have been found in the stomach and small intestine, the colon is densely populated with more than 500 different species. Bacteria make up to 60% of the dry mass of feces.

Sulfate Reduction. Sulfate-reducing bacteria (SRB), as a part of the normal gut flora, contribute to the immune response stimulation in the gut, but when their number increases enormously, they may contribute to colitis development mediated by hydrogen sulfide (H2S) production. Hydrogen sulfide is a hazardous gas with a “rotten egg” smell. It can be produced by the decay of human and animal organic wastes. Hydrogen sulfide has the potential to damage genomic DNA, causing genotoxic effects in the gut cells. Meat proteins are rich in sulfur-containing amino acids, and a meat diet may result in SRB abundance and therefore contribute to H2S formation, increasing the risk of colorectal cancers.

Nitrate reduction. Some species of bacteria in the gut can reduce nitrates to nitrites via nitrate reductase. The subsequent interaction of nitrites with organic substances results in the production of NOCs-carcinogens mentioned earlier. Red and processed meat, rich in protein and other nitrogenous residues, may support increased production of NOCs by gut bacteria. The more you eat meat, the more nitrogenous residues get into your colon. Nitrosamines, nitrosamides, and nitrosoguanidine are classes of NOCs found in feces. NOCs can form DNA adducts- segments of DNA bound to a cancer-causing chemical, which induce mutations.

Unlike red and processed meat, which contain heme iron in abundance, and produce increased fecal NOCs, white meat and vegetable protein did not increase fecal NOCs. Heme iron is an essential part of hemoglobin, the red pigment in blood, and myoglobin, the principal oxygen-carrying pigment of muscles. Higher levels of myoglobin in muscles allow diving animals such as whales to hold their breath for a more extended period. So, heme iron, a specific part of red meat, can catalyze NOCs formation and may be responsible for the additional dose-dependent N-nitrosation in the gut.
The addition of soy may significantly suppress fecal NOCs.

Read more about soy products and lowering the risk of prostate cancer in the next post.

It looks like gut microbiota represents a cocked trigger ready to work at any moment. The triggering factors may be diet, medicine, especially antibiotics taken inside, or constipation.
Here we’ve got to the point of how constipation may affect prostate health.

How does constipation affect your prostate health?

Most of the end absorption of the food nutrients (about 90%) takes place in the small intestine. The remaining waste products containing toxins move further into the digestive system and accumulate in the large intestine or colon, where absorption of water takes place and should be eliminated then.

But if you are constipated, the remaining organic matter begins to rot. The balance of healthy gut microbiota changes, and sulfate- or nitrate-reducing bacteria multiply, producing more and more carcinogenic toxins. When the concentration of toxins in your bowel is too high, they begin to leak outside, affecting the adjacent organs and the prostate particularly. A buildup of toxins in the prostate leads to its poisoning, inflammation takes place, the prostate gets painful, and eventually, you may have all the typical symptoms of prostatitis. Likewise, the toxins may cause prostate cancer.

It is evident that the role of constipation in triggering prostatitis and prostate cancer is underestimated.

More information about constipation and its effect on the prostate you can find in the post “How constipation affects your prostate?“

The post is written for those caring to have a healthy prostate.
The human body is the pinnacle of nature creativity, where tens of thousands of genes operate in harmony. When some toxins change the correct work of the genes, it’s the same as if some dirt gets inside of the perfectly tuned watches. The only way to fix the watches – clean them from the dirt. When we are trying to design drugs to correct the function of the genes, it is the same as if one tries to wash off one dirt with another dirt.

Based on the preceding, I would strongly suggest the following recommendations to lower the risk of prostate cancer:

It’s up to you which way to choose: the way of preventing or the way of treating prostate cancer.

4 thoughts to “Prostate cancer: looking for the roots”