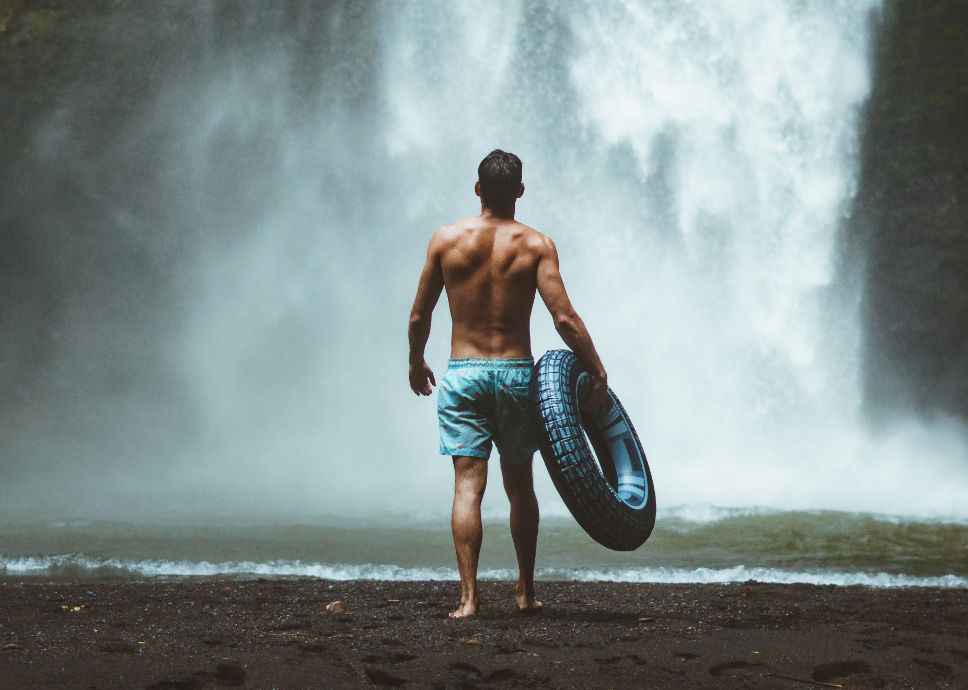 Although benign prostatic hyperplasia and prostatitis both reveal themselves in the background of an enlarged prostatic gland, these two conditions must be distinguished. As it was shown first by Gat, Y et al. in 2008 and have been proven in numerous clinical studies on thousands of real patients since then, BPH occurs as a result of the failure of the one-way valves in the internal spermatic veins. This, in turn, leads to stagnation of venous blood, first in the longer left side and later in the right side spermatic vein, well known as varicocele.

Varicocele blocks free testosterone produced in the testes from entering the system circulation and dilution and gets through the “back door” directly into a prostate. The free testosterone concentration in the prostate raises somewhat 100 times its content in the peripheral blood and stimulates the proliferation and growth of the prostate cells. As a result of these interconnected processes prostate gland grows, leading to BPH. BPH, as well as varicocele, is an age-dependent process.

Prostatitis is an inflammation of the prostate gland caused by bacteria (about 5% of cases) or any other kinds of irritants. This is a commonly accepted position of conventional medicine, though there is another viewpoint considering chronic pelvic pain as a result of chronically contracted pelvic floor muscles and has nothing to do with the prostate, bladder, uterine, or other organ pathology.

Developed at Stanford University, the Wise Anderson Protocol focuses on training patients to relax the spastic muscles of the pelvic floor, as well as the arousal of the nervous system that feeds the pain. In the results of the clinic, published in 2015 third of their patients discontinued all medication.

As I mentioned in one of the previous posts, the larger prostate or more progressed BPH doesn’t always correlate with the severity of prostatitis symptoms. Some men with barely enlarged prostates have hard symptoms and blockage, while others with a large prostate almost have no blockage or prostatitis signs.

Now when we separate BPH from prostatitis, we have a clear idea of how they are connected and how they must be treated to get the desired result. Notice that all officially accepted prostatitis treatment methods come down to treating BPH, while the traditional or folk methods primarily treat prostatitis.

I noticed there is contradictory data about man’s lifestyle and prostatitis in the available literature. Let’s consider factors such as alcohol consumption, smoking, exposure to the cold, biking, obesity, specific food intake, and physical activity in terms of their role in developing prostatitis.

Alcohol consumption is reckoned to be one factor that aggravates prostatitis symptoms, despite numerous evidence-based studies finding a strong negative correlation between alcohol intake and obstructive prostate pathology.

In the cohort of 6581 men investigated by Dr. Po‐Huang Chyou et al.,  the relative risk of developing BPH was much less for men drinking at least 25 oz of alcohol/month compared with nondrinkers. And what was interesting, this negative association was present for mild drinks like beer, wine, and sake, but not for spirits. In the same study, the presence of prostatitis symptoms was positively related to the increased risk of obstructive uropathy.

The ambient temperature and prostatitis.

Even though the ambient temperature cannot be considered a lifestyle factor, I would strongly recommend not neglecting it. The prolonged exposure to low-temperature hypothermia was shown to trigger worsening chronic pelvic pain syndrome. A survey showed that prostatitis is a more common ailment in the north than in a warm climate. Avoid sitting on cold surfaces and swimming if the water is not pretty warm.

Physical activity always is opposed to the sedentary lifestyle, but there must be a golden means. Intensive physical activity, whether in the gym or at work, can provoke the symptoms, particularly if they are repeated daily. If you are in the gym, avoid exercises with direct pressure on the abdomen. If you are on the construction site or landscaping, try to intermingle hard work with the pauses of relaxed work.

I would have considered the technological revolution, which led to the sedentary lifestyle, the main cause of all diseases of the urinary and genital organs. In the sitting position, especially when we sit on the chair for a long time, the weight of our body pressures the pelvic area and violates the natural circulation of blood and other body fluids here, causing their stagnation. Sitting on the floor, in what position the pressure of body weight falls only on the upper thighs and the whole groin area is open – is a traditional practice in Asian countries. I believe that this habit with a warm climate determines why prostatitis is less prevalent in those countries than in North America.

No wonder bikers experience prostatitis more often than the other categories of men. If you love biking, try to pick up a comfortable seat exerting minimum pressure on the groin area, and do not forget to put a warm cover on the seat in the wintertime to avoid contact with the cold surface.

Cigarette smoking, as shown by Po‐Huang Chyou et al., does not affect the expression of prostatitis symptoms. A diet with increased beef, protein, and total energy had a weak association with BPH. However, fat intake showed no correlation with BPH.

Obesity can hardly be considered a lifestyle, rather it is a health condition caused by the interaction of multiple constituents such as genetics, a high-energy diet, lifestyle, and consumption of junk food. As a result, men with obesity have an altered hormonal status and overall cell metabolism, which makes them more prone to developing BPH.

The most important conclusions from the relative independence of prostatitis and BPH are: