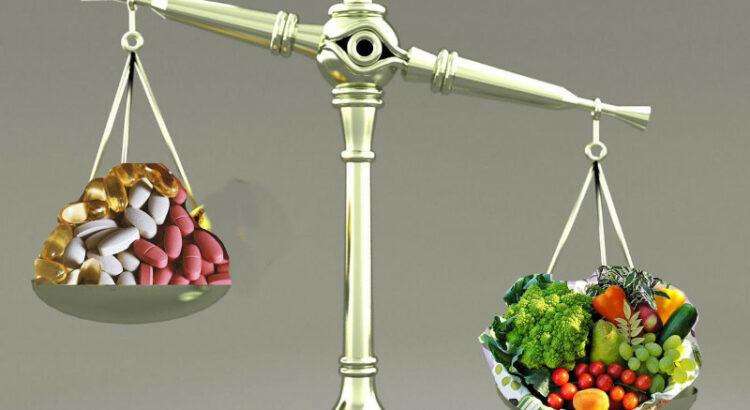 It has long been noted that the regular consumption of fruits, vegetables, and whole grains is correlated with a low incidence of chronic diseases such as cancer, cardiovascular disease, autoimmune diseases, etc. Scientists began attributing plant foods’ health benefits to various biologically active substances isolated from different parts of plants. However, the assumption that isolated individual antioxidants or phytochemicals can replace the intake of plant foods has proven to be erroneous, if not harmful. The results of clinical trials are not consistent with the beneficial effects of the dietary supplements and cannot explain the observed health advantages of diets rich in fruits, vegetables, and whole grains. Dietary supplements in clean form may not work in the same way as the ingredients of the whole food and, in addition to having fewer useful effects, may also be potentially dangerous.

Let’s take a look at the results of some reported clinical trials. Also, note that the vast majority of such studies are sponsored by companies who have a business interest and, in the case of negative results, are usually not published.

β-Carotene is an excellent dietary antioxidant found in carrots and some other vegetables and was proven to protect against lung cancer based on several studies. In a study by Pisani, P. et al. (1986), current smokers who consumed carrots more than once a week showed a threefold lower risk of developing lung cancer than those who did not eat them.

However, in clinical trials, β-carotene supplementation did not show any beneficial effect on smokers with respect to lung cancer (Omenn GS et al. 1996). It was a well-organized randomized, double-blind, placebo-controlled trial involving more than 18,314 smokers, former smokers, and workers exposed to asbestos. The study aimed at the effects of daily ingests of 30 mg of β-carotene and 25,000 IU of vitamin A on the incidence of lung cancer, compared with a placebo. The experiment was stopped 21 months earlier than planned because, contrary to expectations, there has been a significant increase in lung cancer and total mortality rates in the supplemented group.

Vitamins C, A, and E, zinc, and niacin showed no significant effects on mortality rates from all causes in a Chinese study involving 29,584 adults (Blot WJ. et al. 1993).

Vitamin E is known as the reproduction vitamin, and selenium often enhances the biological activity of vitamin E. Therefore, an extensive study has been undertaken on the effectiveness of these dietary supplements in preventing prostate cancer. Selenium and Vitamin E Cancer Prevention Trial (SELECT), involving 35,533 Americans, studied the potential of selenium (200 µg/day) and vitamin E (400 IU/day) to prevent prostate cancer. The results of this trial showed an increased risk of prostate cancer in the vitamin E group and an increased risk of type 2 diabetes – in the selenium group ( Lippman SM et al. 2009). The clinical trial was stopped because of ethical and safety concerns. Following the first report of SELECT in 2009, the rate of prostate cancer in the vitamin E supplementation group rose to 17% higher (P = 0.008) compared with the placebo group. These results certainly show that vitamin E supplementation significantly increases the risk of prostate cancer among healthy men (Klein EA. et al. 2011).

A study by Cohen JH et al. (2000) showed that eating more than 28 servings of vegetables, particularly cruciferous vegetables, per week is associated with a reduced risk of prostate cancer by 35% compared with an intake of less than14 servings per week.

See also  A Pesco-Mediterranean diet with intermittent fasting: an ideal diet for health and longevity

Each bioactive compound in fruits, vegetables, and whole grains has its distinctive profile with its specific molecular size, polarity, solubility, bioavailability, metabolic pathways, and excretion. However, unlike pure supplements, the effect of phytochemicals in whole foods harmonized with hundreds of other compounds, which determine the distribution and concentrations of each phytochemical in different organs, tissues, and cells. Therefore, the health benefits of whole foods cannot be achieved by dietary additives in the form of tablets or pills. People should get antioxidants or phytochemicals from a balanced diet with a wide variety of fruits, vegetables, and whole grains, not from dietary supplements. Furthermore, eating whole foods is safer and is not likely to result in the consumption of toxic quantities compared with tablets or capsules. Fruits and vegetables eaten in the recommended amounts (9–13 servings of fruits and vegetables per day) are safe.

However, I am not advocating avoiding any kind of additives. But you need to understand that the pure phytochemicals of plants often do not possess the full spectrum of health benefits of whole foods, and hence, whenever you have a choice, always give preference to the whole, healthy food. And sometimes, contrary to expectations, the supplements can even harm your health, as with vitamin E. Therefore, one must always be careful with the choice of additives, especially with their use duration.

Please, let us know in the comments if you know of any other nutritional supplements with proven harmful effects on human health.