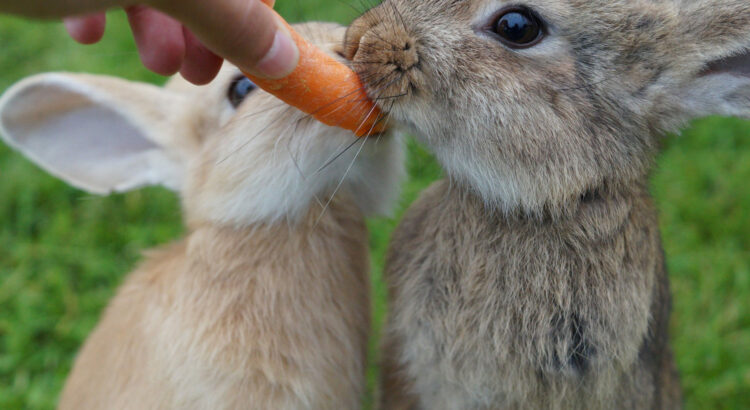 Carrot is a gold mine in our kitchen, rich in health-beneficial phytochemicals such as carotenoids, vitamins, minerals, flavonoids, and polyacetylenes. Throughout the history of carrot cultivation, people have intuitively used its beneficial qualities, widely including it in their daily diet. Nowadays, scientific evidence backing carrot has been accumulating in terms of anticancer, cholesterol and cardiovascular disease lowering, anti-diabetic, anti-hypertensive, hepatoprotective, renoprotective, and wound healing benefits.
A person is often dismissive of what he is used to seeing every day in abundance. Therefore, many may not even suspect that they have at hand a product that can prevent or even cure many types of chronic diseases. This post will focus on carrots’ scientifically proven health benefits, particularly their outstanding anti-cancer properties.

Among 39 fruits and vegetables, carrots have been ranked 10th in nutritional value. We are used to seeing carrots in bright orange color, although their color can be white, yellow, orange, red, purple, or dark purple.  Carotenoids and anthocyanins are the major antioxidant pigments found in carrots. Carotenoids are the phytochemicals found in yellow, orange, or red-colored carrots. The most popular orange carrot is particularly high in α- and β-carotene and is a rich source of provitamin A. Lutein is in charge of the yellow color of a carrot, an important pigment in the prevention of macular degeneration causing blurred vision or loss of vision in old ages. The red and purple colors of carrots are due to the high anthocyanin content of carrots. Carrots can provide humans with a meaningful amount of vitamin A due to the high bioavailability of carotenoids as vitamin A precursors (João Carlos da Silva Dias, 2014).

Carrots also have a unique mixture of three flavonoids: kaempferol, quercetin, and luteolin.

Bioactive polyacetylenes, such as falcarinol and falcarindiol found in carrots may stimulate cancer-fighting mechanisms in the human body.

Carrots are also a good source of microelements such as magnesium, manganese, and trace element molybdenum.

Carrots have the potential to protect against colorectal cancer.

Falcarinol (FaOH) and falcarindiol (FaDOH) are polyacetylenic oxylipins with carrots’ most notable anticancer activities. Very interesting and promising results for colorectal cancer (CRC) have been obtained.

Colorectal cancer is the third most prevalent cause of death related to cancer in developed countries. Western diet, sedentary lifestyle, alcohol, and increasing food toxicity due to the use of all kinds of pesticides and herbicides are probably the main reasons for the growing incidence of CRC. Interestingly, colorectal health may directly influence the prostate because of its close anatomical location, and we discussed it here.

Larsen et al. (2017) reported encouraging results on the anticancer effect of FaOH and FaDOH in rats. In their experiments, 40 rats were induced with carcinogenic substances to develop cancerous lesions. Twenty of the rats received a standard rat diet, and the other 20 -a diet with 7 μg FaOH and 7 μg FaDOH per g feed. After 18 weeks following cancer initiation, they found the average number of aberrant lesions in the polyacetylene treated group was only 66% of the control group; 145 against 218. The number of visible tumors was 15 in control rats and only 8 in treated rats. Also, the size of the tumors in the control group was larger than in the carrot group; 6 against one tumor larger than 3 mm in diameter. To sum up, purified carrot phytochemicals FaOH and FaDOH, given with diet, decreased the number of lesions as well as the growth rate of the polyps suggesting a preventive impact of falcarinol and falcarindiol on the development of colorectal cancer.

Is the effect of carrots on CRC dose-dependant?

In a recent study, (Larsen et al. 2019) addressed the question, ” Is carrot polyacetylenes healing effect on CRC dose-dependant? and How these doses might relate to carrot recommendations for humans?” The experimental design was as in the previous study, except including four more treatment groups with different FaOH and FaDOH concentrations in the rat’s diet: 0.16 µg, 0.48 µg, 1.4 µg, and 35 µg per g feed of each supplement. They found 21 adenomas (> 1 mm) in the control group. This number decreased from 18 in the 0.16 µg group to 7 in the 35 µg group rats, thus showing a dose-response effect in the development of polyps. Also, they detected that the size of the polyp lesions in the treated rats was much smaller compared to the control group. So, the tested carrot substances exerted a growth inhibition effect on neoplastic lesions, as they decreased the number of visible polyps and their size. According to the results of this study, an optimal anti-cancer effect is achieved with doses between 7–35 µg of FaOH and FaDOH g−1 feed.

The recommended daily intake of carrots to protect yourself from CRC.

The doses of FaOH and FaDOH used in the study of Larsen et al. (2019) correspond to realistic daily eating of carrots by humans, except maybe for the 35 µg per g of feed. The amounts of 7 µg of FaOH and FaDOH are comparable to a daily human intake of 250–300 g of carrots and show that carrots can have a preventive effect against CRC.

A recent study by Ulrik Deding et al. (2020) examined the risk of CRC as predicted by carrots eating in a Danish population of 57,053 people with a follow-up of >18 years. In this study, intake of 2-4 or more raw carrots each week was associated with a 17% drop in the risk of CRC. In a population that ate fewer than two carrots per week, there was no correlation with a reduced risk of CRC. The results of this cohort study support the results from rat studies and hence a CRC-preventive effect of carrots.
Thus, one can conclude that the optimal amount of carrots consumed daily to protect against CRC should be around 250-300 g, or one cup of freshly made carrot juice. This dose may be considered preventative and may grow a few times depending on your health condition.

1. Ann Cameron Cured Her Stage 4 Cancer with Carrot Juice, Nothing Else.
2. Ralph Cole cured his cancer with carrot juice in 2006.

Copy-paste the title above into your Google search to read the stories.

Besides the wide use of carrots as a root vegetable, its seed has been known for centuries as a medicine for treating kidney dysfunction, asthma, worm infections, inflammation, and leprosy.
Iranian traditional medicine attributes carrot seeds to a dual role in female and male fertility: while in females it stimulates menstruation, carrot seed can increase the potency in men.

A recent study by Nouri M. et al. (2009) has confirmed the grounding of the traditional use of carrots seed in overcoming male fertility issues. At least, the results the authors reported sound encouraging.
In this study, treatment with carrot seed extract caused a meaningful boost (by 62%) in epididymis sperm reserves of healthy rats. In a group of rats preliminarily given gentamicin, the extract helped to regenerate spermatogonial epithelium, protecting the testis from gentamicin toxicity. Gentamicin induces oxidative stress linked with the impairment of spermatogenesis and apoptosis. Also, the study found a 3.5-times increase in the luteinizing hormone (LH) levels. LH stimulates the production of testosterone from Leydig cells in the testes. Testosterone, in turn, stimulates sperm production. The testosterone concentrations in rats receiving 400 mg/kg of carrot seed extract were 30% and 83% higher than the control and the gentamicin-treated groups, respectively.

So, the study has shown that carrot seed extract helps to overcome the reproductive toxicity caused by gentamicin and induces spermatogenesis, probably mainly through the elevation of testosterone levels. These results, though conducted on rats, may have wide practical applications in men suffering from hypogonadism as a result of food and environmental toxicity.

Other health benefits of carrots.

Carrots are one of the richest sources of provitamin A. A high intake of carrot carotenoids is associated with a meaningful reduction in postmenopausal breast cancer (Swamy, K.R. et al., 2014).

In a study by Pisani, P. et al. (1986), current smokers who consumed carrots more than once a week showed a three-fold low risk of developing lung cancer compared with those who did not eat them.

A well-known fact is that vitamin A deficiency can lead to vision problems. β- carotene in carrots supports vision, especially night vision, and also helps in preventing cataracts, the leading cause of blindness in old people.
The consumption of carrots has also been associated with a lower risk of heart attacks in women (Gramenzi, A. et al. 1990).

The possible mechanisms of the carrots’ anti-cancer effect on CRC.

Chronic inflammation plays an essential role in the early stage of cancer transformation, including CRC (Balkwill F. et al. (2005)). The use of non-steroidal anti-inflammatory drugs (NSAIDs), such as aspirin, reduces the number and size of adenomas by suppressing the COX enzyme complex. Moreover, healthy people using NSAIDs regularly cut their risk of colorectal cancers by 40% to 50% (Ghosh N. et al. (2010)).

Cyclooxygenase (COX) catalyzes the conversion of arachidonic acid released from membrane phospholipids to prostaglandins. Prostaglandins are a group of lipids produced in the damaged or infected tissue to deal with injury and illness. They control processes such as inflammation, wound formation, or blood flow.

In the rat study mentioned above (Larsen et al. (2019)), the authors observed overexpression of COX-2 in the polyps from cancer-induced rats compared to colon epithelial tissue from healthy rats. Also, in the rats fed with a diet supplemented with FaOH and FaDOH, clear downregulation of COX-2 was observed compared to the control. So, based on these observations, the main mechanism of action for the anti-cancer effect of the carrot polyacetylenes appears to be the inhibition of pro-inflammatory factors. Furthermore, it has also been shown that falcarinol and falcarindiol can cause cell cycle arrest and apoptosis of cancer cells.

A Pesco-Mediterranean diet with intermittent fasting: an ideal diet for health and longevity

2 thoughts to “Carrots – a food with proven anti-cancer power”