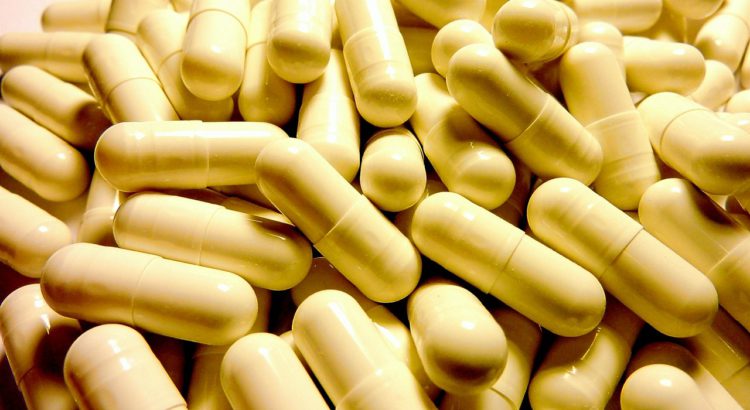 Saw Palmetto is a dwarf palm tree (Serenoa repens) found in the southern states of the United States. It has been used for centuries for medicinal purposes in Indian countries and is now frequently used by men to treat enlarged prostate symptoms. Some men will claim that it cured them, while others see no benefit. With a supplement market full of inaccurate and exaggerated claims, how is anyone supposed to know what works and what doesn’t? The research-based evidence is the only way to know does Saw Palmetto work in treating enlarged prostate symptoms or if all its popularity is just made-up marketing.

The enlarged prostate causes the symptoms of BPH. As it gets bigger, it puts pressure on the urethra. The resulting blockage can make you feel like you have to pee or make it hard to urinate. In some extreme cases, urination was stopped entirely. Obviously, it is essential to treat the symptoms of benign prostate hyperplasia, and that is where Saw Palmetto comes in.

Here I will discuss the effectiveness of this plant by looking at its history and recent evidence-based studies. Adherents to the treatment claim that Saw Palmetto can slow down the enzyme 5-alpha reductase. This enzyme is responsible for turning testosterone into dihydrotestosterone (DHT) in the prostate. But, as I discuss in this post, no scientific, evidence-based studies have shown Saw Palmetto to be more effective than a placebo for BPH.

An active substance of Saw Palmetto, mechanism of action, and the possible effect on enlarged prostate.

There are over 100 known compounds found in the Saw Palmetto berry—the part of the plant that is used to treat BPH. According to an article in UpToDate, of the 100 compounds found in Saw Palmetto, there are some active ingredients. These include fatty acids (mostly lauric, caprylic, and caproic), long-chain alcohols, and sterols. The active ingredients can all be found in the purified lipid-soluble extract of the berry.

The UpToDate article explained the possible mechanisms of action for Saw Palmetto—the exact mechanism of action is unknown.

Clearly, there are a lot of possible ways that Saw Palmetto may hypothetically reduce the symptoms of BPH. But, scientists are not sure which of these is. And also, as I discuss below, recent large-scale studies have indicated that Saw Palmetto is not an adequate treatment for enlarged prostate symptoms.

One of the most common explanations of Saw Palmetto’s presumed effects is its ability to slow the 5-alpha-reductase enzyme. Remember, this is the enzyme that produces dihydrotestosterone, or DHT. DHT is an essential player in the development of the prostate. However, too much DHT can cause prostate issues like BPH. A 2003 study into the role DHT played in BPH symptoms and treatment options concluded, “DHT plays a beneficial role in the developing prostate, but it can be detrimental in the adult prostate in that it causes pathologic prostate growth.”

See also  The Larger Your Prostate, the Less Your Chance of Getting Prostate Cancer

Theoretically, Saw Palmetto’s inhibition of 5-alpha-reductase and DHT is a beneficial effect. It is said to reduce prostate size and relieve many urinary tract symptoms. Some of the possible effects of Saw Palmetto on BPH sufferers include

Saw Palmetto may interact poorly with some medications, such as aspirin and NSAID painkillers, blood thinners, ginkgo Biloba or garlic, and hormone treatments. If you have an adverse reaction to Saw Palmetto, talk to your doctor immediately.

Why is Saw Palmetto so prevalent in treating enlarged prostate symptoms?

1.6 million men in the US reported using Saw Palmetto as a treatment for BPH, as the survey of 2017 showed. This number most probably grows as no effective treatment of BPH has been suggested by conventional medicine so far. Moreover, the most commonly prescribed medications for BPH symptoms, alpha-blockers, and 5-alpha-reductase inhibitors, have considerable side effects, including lowered libido and dizziness.

Saw palmetto has a long history of use, which is likely playing a role in its popularity as a treatment for enlarged prostate symptoms. The first documented use of the Saw Palmetto is from the 15th century B.C.E. Egypt. Native Americans are also known to have used Saw Palmetto to treat urinary tract issues, prostate problems, and erectile dysfunction.

Therefore, Saw Palmetto’s history as a treatment for urinary and prostate issues seems to legitimize it. Also, the extract used by Native Americans can be seen as a reason why some people prefer it to scientifically-backed treatments. Many people in the United States and Europe see Native Americans as closer to nature and, thus, more trustworthy when it comes to medical procedures.

Saw Palmetto’s listing on the United States Pharmacopoeia from the beginning of the 20th century seems to give it medical legitimacy. Someone may think that it couldn’t be listed in the USP without being thoroughly researched and deemed safe and effective by the scientific community. As we will see in the next section, Saw Palmetto is well-researched, but recent scientific studies have shown that it is not an effective treatment for symptoms of an enlarged prostate.

However, recent research suggests that Saw Palmetto is not a reliable treatment for BPH. In 2006, a study published in the New England Journal of Medicine found that Saw Palmetto did not improve the symptoms or “objective measures” of enlarged prostates. This study, conducted by Bent et al., followed 225 men over 49 years of age for a year. They specifically looked at measurable outcomes like maximal urinary flow rate, prostate size, residual urinary volume after urination, quality of life, reported adverse effects, and other laboratory values.

Another Cochrane meta-analysis from 2009 examined thirty trials of Saw Palmetto extract. The researchers in this study “found a reduction in natural but failed to show improvement in other self-reported symptoms or peak uroflow. “The tide had begun to turn against Saw Palmetto.”

The most extensive study in recent years, by Barry et al. in 2011, followed a group of 369 men for 72 weeks. The researchers found that Saw Palmetto was not an effective treatment even when it was given two and three times the recommended dosage. Barry et al. used the American Urological Association Symptom Index (AUASI) score in their research. Using AUASI allowed the researchers to objectively measure the effects of Saw Palmetto dosage on the patients. They also measured “urinary bother, nocturia, peak uroflow, postvoid residual volume, prostate-specific antigen level, participants’ global assessments, and indices of sexual function, continence, sleep quality, and prostatitis symptoms. These measurements were compared against a baseline to help the researchers measure any potential change in symptoms that Saw Palmetto created.
The researchers found that between baseline and 72 weeks, mean AUASI scores decreased from 14.42 to 12.22 points with Saw Palmetto extract and from 14.69 to 11.70 points with placebo. Saw Palmetto extract was no more effective than placebo for any secondary outcome. No, attributable adverse effects were identified.

So, Barry et al. too found that Saw Palmetto was an ineffective but non-harmful treatment for enlarged prostate symptoms.

I have not listed all of the studies on Saw Palmetto in this section. However, they all reproduce the conclusions of the studies and meta-analyses mentioned. It seems exceedingly clear that scientific research has shown that Saw Palmetto is not an effective treatment for benign prostatic hyperplasia. No blind, peer-reviewed studies show any greater efficiency of Saw Palmetto than can be found with a placebo.
And in conclusion, I’d like to share my experience with Saw Palmetto treatment of BPH symptoms. I used the extracts from 3 different producers for at least 2-3 months each. All of them had a particular impact on the urogenital system but in varying extent. Foremost you feel an increased libido and slight improvement of LUTS symptoms, but with time if you use it on a daily basis, adverse side effects like a headache are bothering you more and more often. And eventually, you begin to understand that it cannot be a solution to your problem.

From this article, it should be evident that Saw Palmetto is not an effective treatment for enlarged prostate symptoms. Although Saw Palmetto is unlikely to hurt you, it may not treat any symptom associated with benign prostatic hyperplasia. As Barry et al. illustrated, even taking two or three times more Saw Palmetto than recommended does not create a measurable effect. No matter the dose, Saw Palmetto and placebo groups show the same results.

And as I noted above, I’d say my own experience of using Saw Palmetto is negative. Not causing any noticeable health issues, you end up with wasted time and some money.

Nevertheless, I would not recommend not using Saw Palmetto as a treatment for benign prostatic hyperplasia. Remember that in European countries, Saw Palmetto is one of the most prescribed remedies to treat BPH symptoms and is a part of herbal teas that have been showing their effectiveness for hundreds of years.

So the final decision is yours as to give Saw Palmetto a try or not, but now you are aware of what to expect.
If you have any experience of using Saw Palmetto in BPH symptoms or treatment, please share in the comments; it will help the readers make the right choice.