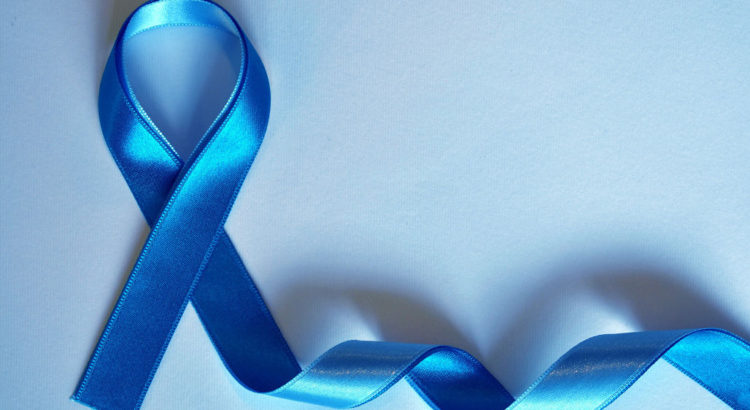 Prostate cancer is the second only to lung tumor in men worldwide, with about 900 000 new cases diagnosed annually and more than 250 000 deaths a year.

What does cause the development of prostate cancer?

Genetic errors in the genes regulating cell growth and DNA repair play a principal role in the development of prostate cancer.
The genes BRCA1 and BRCA2 are the DNA repair genes and exist in the genome of a man as well as a woman. Normally these genes repair errors or mutations occurring in the structure of the DNA molecule. However, when they cannot operate properly due to the modifications in their own structure, the cell looks like a shop full of working machines but without a mechanic. With time more and more machines get out of order. BRCA functional loss results in genomic instability and the accumulation of genetic errors in cells. So we get these genes from our parents, regardless they are normal or mutated.

Furthermore, men who carry a BRCA mutation may be at risk for other cancers, such as male breast cancer, pancreatic cancer, and melanoma. Women with BRCA mutations are also at risk for breast and ovarian cancers. Therefore, if you have close family members who died or survived prostate, breast, or ovarian cancer, it is highly recommended to do a screening test for the presence of mutated BRCA1/2 genes in the genome for cancer risk assessment.

Along with BRCA mutations, 16 other DNA repair genes have been reported recently to be involved in the accumulation of cell aberrations.
Some modifications in the genes regulating cell growth or the mutations boosting cell responsiveness to testosterone have been suspected to be in charge of the development of prostate cancer, although there is not yet sufficient scientific evidence for the statement.

What are the main risk factors for prostate cancer?

The main risk factors of prostate cancer are those supposed to determine a genetic structure of an individual: family history, age, and country/ethnicity.

The countries of North America, Europe, and Australia have the highest prostate cancer rates, while South-Central Asia countries have the lowest incidence. African Americans get prostate cancer much more often than white Americans or Latinos. When men from Asian countries emigrate to the United States or Western Europe, they become just as likely to develop prostate cancer as Western men. It would be too simplistic to assume that these ethnic or/and geographic differences in the sensitivity to prostate cancer are conditioned only by dietary differences. Each nation, occupying a particular territory, with its centuries-old traditions in farming plant and animal food and lifestyle, has its gene pool stabilized at a certain level. And when someone migrates from one country to another, it changes not only his diet but also all the other influencing factors.

Although attempts to identify dominant genes in charge of the development of prostate cancer have failed, there is strong evidence of the familial manifestation of the disease in some men. The risk of the disease in first-degree relatives is about twice that in the general population, rising to fourfold and more if the case is diagnosed under age 60. Probably earlier prostate cancer is more likely to be provoked by inherited factors. Higher risks have been found in people with two or more affected relatives.

The older man gets, the more chances he has to develop prostate cancer. The disease is rare in men younger than 50 but increases steeply afterward: one in about 15 men in their 60s will be diagnosed with prostate cancer. Probably, this phenomenon may be explained by the accumulation of harmful mutations in the structure of a man’s genome with age. It seems that the age of 50 is a turning point in a man’s life; his testosterone level drops rapidly, his prostate enlarges, the urogenital system gets vulnerable to all kinds of invaders and stresses, and finally, the risk of getting prostate cancer increases tremendously.

To summarise, the data above support the idea of a robust association between prostate cancer and the genetic component. Moreover, about 50 sites in the human genome have been reported so far, linked to prostate cancer sensitivity that may increase disease risk. Nevertheless, our body’s defense mechanisms prevent malignant degeneration until a sufficient amount of DNA damage accumulates in the prostate cells. This process lasts for decades and reaches a dangerous point by the age of 55-60.

So, now it is clear that any factor that can trigger the accumulation of the DNA mutations in the prostate cells is a risk factor. When we evaluate any potential risk factor for the development of prostate cancer, no matter is it food, alcohol drinking, cigarette smoking, sexually transmitted diseases, prostatitis, lifestyle, etc., we should first test its carcinogenic/mutagenic potential for the prostate cells.

It sounds nonsense when we are trying to blame red meat or associated with it rise of testosterone in triggering the malignant overgrowth of prostate tissue. When testosterone is flooding the blood of young men in their 20-30s, no prostate cancer threatens them. However, by 50-60s, when the testosterone level has been declining pretty much, we hear warnings about its possible harmful effects on the prostate.

I guess those who have rare sex have lower testosterone too. Do not these results say that testosterone, on the contrary, protects our prostate and keeps it healthy?

Based on this, I suppose testosterone can stimulate cell growth no matter normal or tumor but cannot trigger malignancy; only if some cells in the prostate have lost growth control may testosterone accelerate cancer growth.

How can red meat cause prostate cancer?

And again, can red meat be a culprit in prostate cancer? Unfortunately, I should answer “yes,” but there is nothing to do with the red meat itself, but rather the way it comes in and out of our bodies. I mean, the type and amount of chemicals/pesticides and added estrogens we eat with the red meat, the way we cook and process it, and finally, how easy it has been digested and eliminated from our body. The majority of the US population shows measurable levels of pesticides in their urine, as the National Health and Nutrition Survey reported. And consuming food treated with pesticides is the principal route of man poisoning. For instance, Chlordecone, one of many other insecticides that have been used widely for more than 30 years, has been reported to increase the risk of prostate cancer. This substance also binds the estrogen receptor, which is in charge of the adverse effects of estrogen on the prostate, such as inflammation, aberrant proliferation, and malignancy.

Read more about how meat can harm your prostate and not only in the next post.

An increasing amount of scientific evidence suggests a genetic basis for the development of prostate cancer. Therefore, the easier a particular factor triggers genetic aberrations in specific genes of the prostate, the more likely the factor is capable of developing cancer. The healthiest food, whether meat or vegetables, may cause prostate cancer if seasoned with pesticides and hormones. Neither chemical nor food companies have been following up on the possible adverse effects of their “innovations” and “additives” for 30-50 years. If you are concerned about the health of your prostate, be aware of what you eat and make the right choice.

6 thoughts to “What does cause the development of prostate cancer in men?”